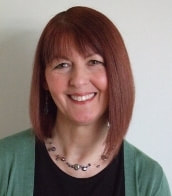 I was born and raised in County Durham, England and moved to the American Midwest at the age of nineteen.  During my career in advertising I wrote numerous radio commercials, which inadvertently produced in me a love of writing short-short flash fiction. My magazine and newspaper articles, opinion pieces, and stories appeared in various US and UK publications, including Leaf Books Anthologies, The Chicago Tribune, The Milwaukee Journal, Screentrade Magazine, and The Yellow Room literary magazine. I have published two books: my debut novel Pins,  and a collection of short stories, Tornado Days.

My author husband, Jean-Michel Smith, and I love living in Chicago, our adopted hometown.